Ron Shuali, M.Ed has spent over 15 years working and presenting in the education marketplace. He is a best selling author of his award winning book "Breaking the Bullying Circle" and the book based on his successful behavior management system "Building the 21st Century Child", top motivational speaker and presenter with expertise in the preschool through middle school arena. Ron presents keynote addresses, continuing professional development workshops and school assemblies in schools and conferences nationally and locally. His ability to awaken the minds of students and schools expands into the corporate world as well. All participants laugh, listen and learn to succeed.

Ron has been a student of many disciplines of martial arts starting at age 12. His journey began with five years of Tae Kwon Do before college. 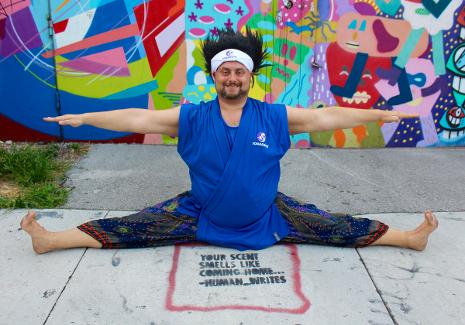 While attending Rutgers University, he studied Wu Shu Kung Fu. After graduating, Ron earned his Black Belt in American Freestyle Karate and began studying the more internal martial art of Hung Gar Kung Fu. Finally, he added the study of Isshinryu Karate. At age 25 Ron began his journey in Yoga and enrolled in his first level one Reiki training. He realized that the common denominator in every art he studied was breathing; each style had its own way to "breathe". The combination of hard martial arts, like Kung Fu and Karate, blended with the soft martial arts of yoga and Reiki became Yogarate with Ron as the first Yensei (Yogi/Sensei).

Currently, Ron and his team teach Yogarate in over 50 schools within the tri-state area including the true future leaders of the planet at the preschool at the United Nations.

His vast knowledge of the inner working of the mind led to the creation of some of the most revolutionary, forward- thinking, and award-winning programs in existence today. Participants and organizations alike agree that his thought-provoking information, combined with his comical and entertaining presentations, always leave his audiences inspired. "Nobody watches the clock when Ron is on stage."

Ron's extensive experience in stand-up comedy, improvisational theater, and professional wrestling allow Yensei Ron to engage, excite and educate audiences using all of their senses. Ron doesn’t speak. He facilitates experiences. His ability to quickly engage his audiences with true life stories, while simultaneously introducing techniques and concepts, is exceptionally effective. His audiences learn through laughter and always walk away excited about the techniques that Ron shares.

Speak to Ron to discuss your needs